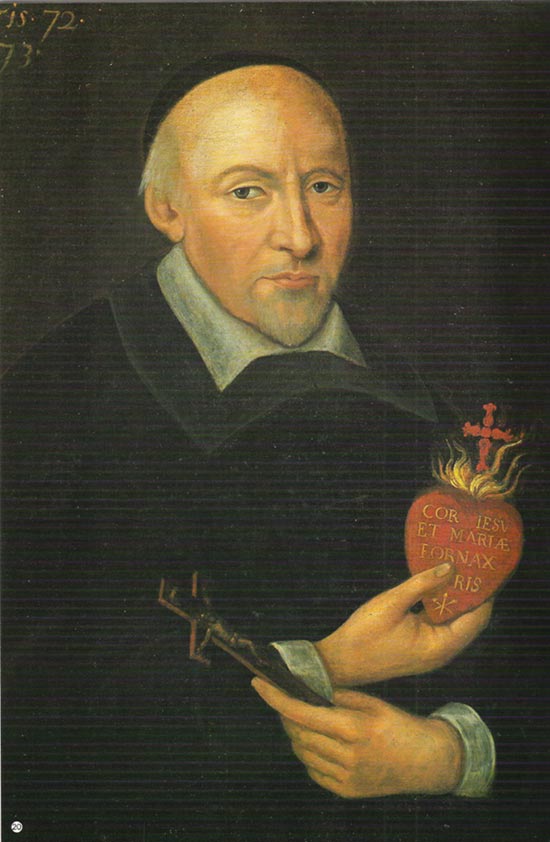 John Eudes was born on November 14th 1601, in the village of Ri, which today is in the Department of l’Orne in Basse-Normandy, France. On 25th March 1623, he entered the Congregation of the Oratory, which had been introduced into France by Pierre de Bérulle (1575-1629) twelve years previously, and was ordained a priest in Paris on 20th December 1625.

At the time of the plague epidemic in Normandy in 1631, he exposed himself to the risks of this terrible disease by helping people who were dying. He slept in a cider barrel in the outskirts of the city of Caen on the lands of the “Abbaye aux dames” so as to be closer to the sick and to avoid infecting the healthy population.

He also wanted to catechise the country people and so from 1632 onwards he went around preaching several popular missions. In this way, he acquired a practical knowledge of the harsh living conditions of the villagers and farmers exposed to misery. His preaching talents led him to Paris, where he addressed the Court.

John Eudes was also conscious of the needs of a vulnerable section of the female population: women alone without resources deprived of support.  Challenged in Caen by a woman called Madeleine Lamy, about what he was going to do to help, he wanted to make a concrete response and set up a Refuge in that city in 1641. This was the beginning of the Congregation of Our Lady of Charity approved by Pope Alexander V11 on 2 January 1666 and from which later emerged the Congregation of Our Lady of Charity of the Good Shepherd.

On 25th March 1643, he established a new Community of priests at the service of the diocesan priesthood with the mission of improving training facilities for priests in charge of parishes.  This new group was called the Congregation of Jesus and Mary, and later became known as “Eudists.” 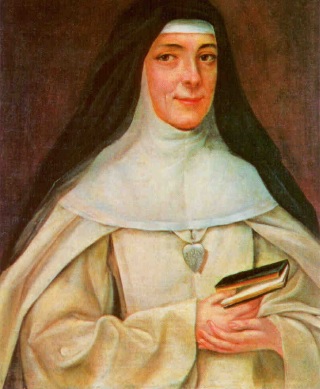 Sr. Mary Euphrasia Pelletier was a woman with an outstanding personality and living in a century of progress. Her audacity and her sense of initiative enabled the Congregation of Our Lady of Charity of the Good Shepherd which she created in Angers, to expand throughout the world.

From the beaches of Noirmoutier to the Refuge in Tours

Rose-Virginie Pelletier was born on the island of Noirmoutier on July 31st 1796. She was attracted by the work in favour of women in difficulty carried out by the Congregation of Our Lady of Charity whom she got to know while at school in Tours.   On the 20th October 1814 she entered the community of this congregation in Tours and was professed on the 9th September 1817.  At the age of 29 in 1825, she was elected Superior.  One of her first initiatives was to create a Community of Sisters of St. Magdalen who live a contemplative life-style.

The Foundation and expansion of the Congregation of the Good Shepherd

In 1829, she established a community in Angers, at the request of the local clergy. This foundation was the beginning of a great adventure which led her, in just a few years, to create a new structure for the  Congregation.

Sr. Mary Euphrasia had the innovative idea of developing a Generalate, which would unite communities of the congregation rather than having each autonomous.  Thus it could respond more rapidly to requests to help women and children in need in more and more countries and could share human and material resources.

She obtained the support of the Pope Gregory XVI who approved the articles of the decree establishing a Generalate on 16th January 1835. The Congregation of Our Lady of Charity of the Good Shepherd was born. Angers became the Mother-House, on which the other communities depended.

After 1835, possibilities of foundations came up quickly, especially abroad and the Congregation flourished in several continents. The first establishment outside of France was in Rome in 1838. Four years later, the Sisters crossed the Atlantic and went to Louisville, in the United States. Algeria welcomed the Congregation in 1843 followed by India in 1854.

In the lifetime of their Foundress, the Sisters of Our Lady of Charity of the Good Shepherd went as far away as Australia by establishing a house in Melbourne in 1863.

An energetic and charismatic woman, she was canonised on 2nd May 1940 by Pope Pius XII.